Late August and early September is the time Hudsonian Godwits pass through (or over) Cape Cod on their way to South America for the northern winter. Some even stop and have a rest on Cape Cod or its islands before their big nonstop flight down across the Atlantic to Brazil. Seeing godwits in autumn on Cape is usually a hit or miss affair. Last year, I saw a single individual on South Monomoy, resting and foraging at the Powder Hole—a famous spot for rare shorebird migrants.

View across Provincetown Harbor to the Pilgrim's Monument

This year I was limited in my camping options because of the COVID-19 pandemic. I was unable to camp at Dune’s Edge in Provincetown (a lovely campsite) because tent-campers were banned for safety reasons. Instead, I found a nice private campground, North of Highland Light, in North Truro, that is exclusively tent-camping. It is set in thick pine woods just back from Head of the Meadow beach, and about 7 miles south of Provincetown. Mask-wearing at all times was strictly enforced, one of the reasons Massachusetts has been so successful in managing the virus. 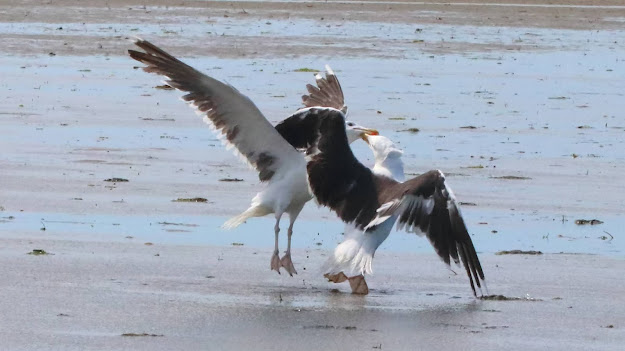 I concentrated my fieldwork on the Outer Cape, between Wellfleet in the south to Race Point Beach at the very top of the Cape.

I spent three mornings with local naturalist Dennis Minsky, doing Roseate Tern surveys in Provincetown Harbor. On an additional morning I joined Dennis and fellow birder Soheil Zendeh, both members of the ancient Nuttall Ornithological Club, to walk out through Hatch’s Harbor to Race Point to search for terns, shorebirds, and rare gulls—in particular, a Sabine’s Gull that had been lurking in the area for more than a month.

flock of loafing Common Terns (with some Roseates mixed in)

I also spent a lot of time beach walking when I was not doing other things, and biking on the very fine bike trails in the Cape Cod National Seashore. 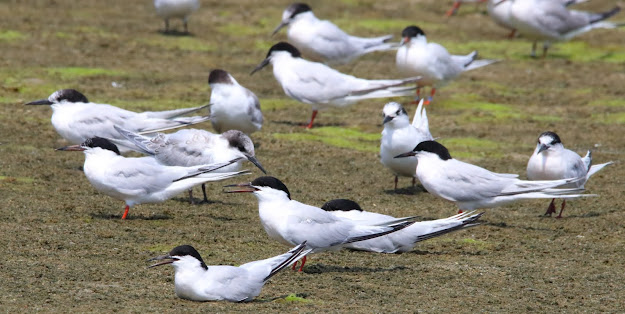 I was lucky enough to take three whale-watches, two of them with Dennis as boat naturalist. Whale-watches always provide an opportunity to see seabirds, which is a treat for us landlubbers.

Cory's Shearwater low over the sea

My only “prestige” large shorebird species seen on this trip was Whimbrel, which I found at Race Point Beach and Lieutenant Island passage in Wellfleet—sorry, no godwits of either species. They had been around in some numbers in August—at Wellfleet, First Encounter Beach, North Monomoy, and also Minimoy Island (the last site featured 17 individuals in one flock). 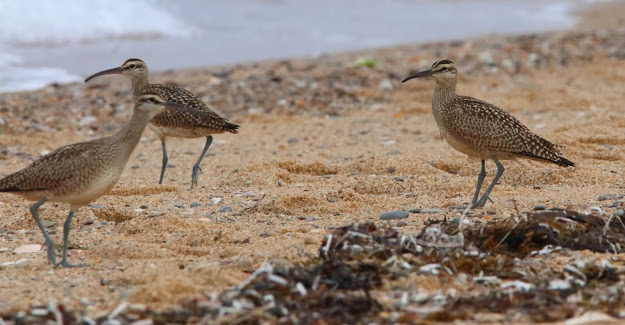 Three Whimbrels skittish on the beach at Race Point

I hope to take up my field pursuit of Hudsonian Godwits on the breeding ground next spring, should conditions allow it. This spring and summer, Canada blocked travel by Americans across the border. I hope next spring will be different... allowing me to drive to arctic Canada as well as Alaska. 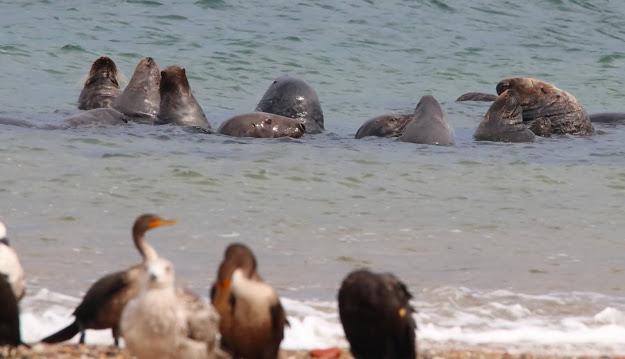 Gray Seals in the shallows to avoid the white sharks

What follows is an assortment of images from my wanderings... 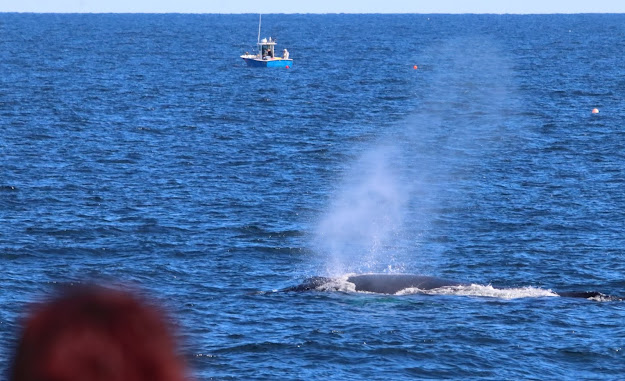 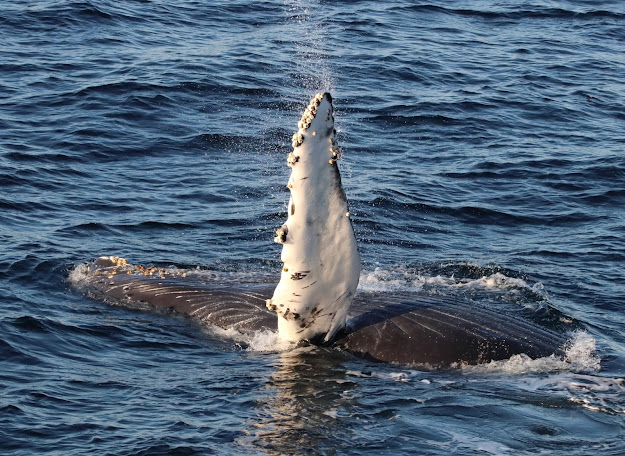 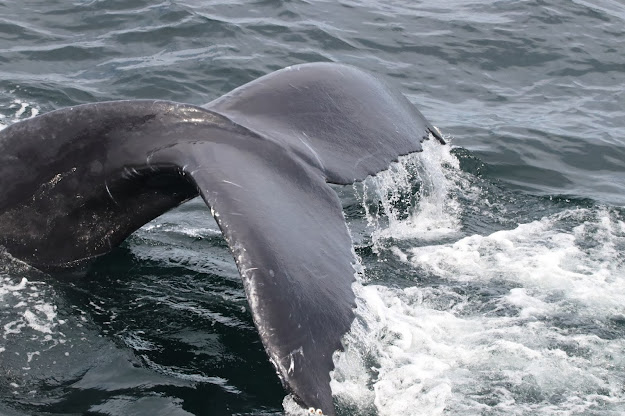 close-up of the fluke as the Humpback dives 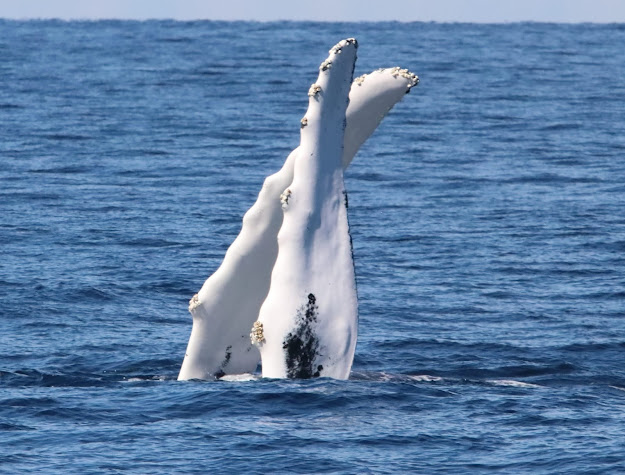 Both flippers in view as whale plays on surface 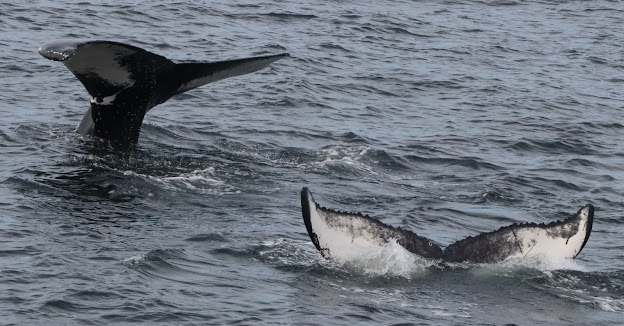 Nice to see two flukes at once! 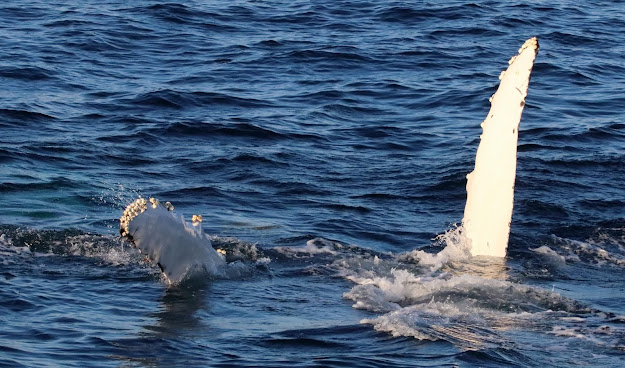 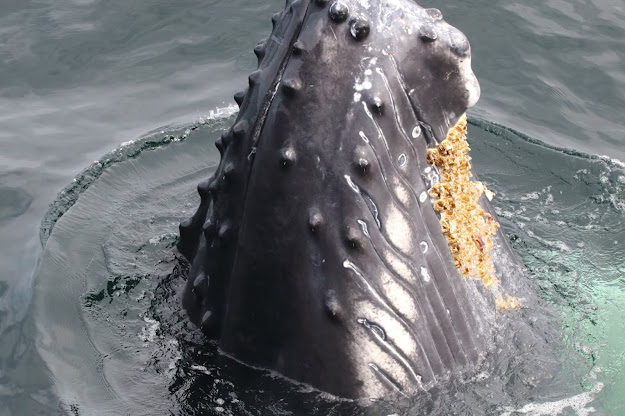 bird'seye view of young Humpback spy-hopping to look at us 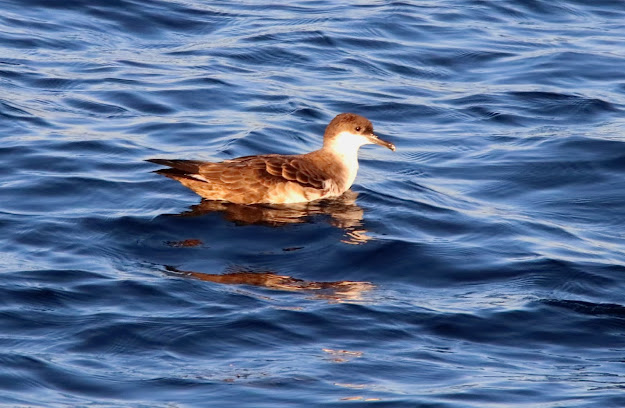 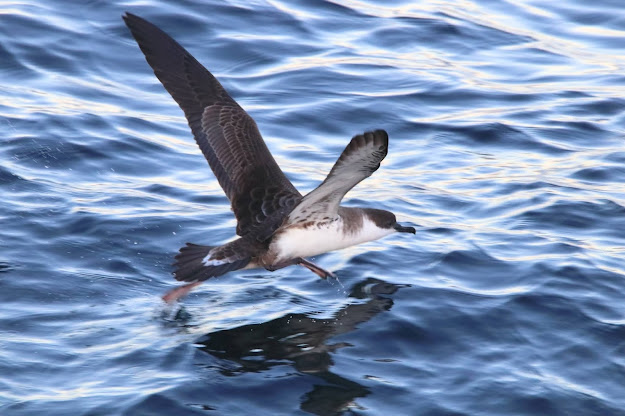 Great Shearwater walking on water as it takes off 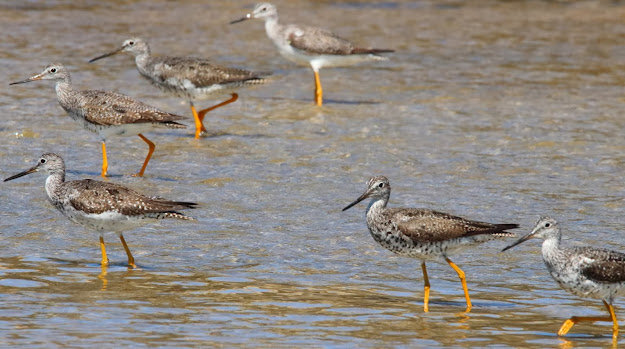 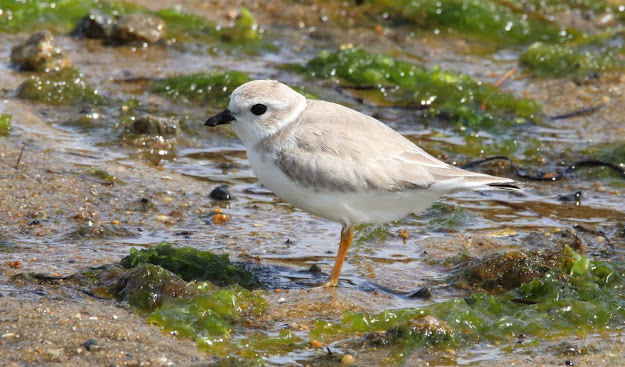 Piping Plover watching me on the mudflats of Provincetown Harbor 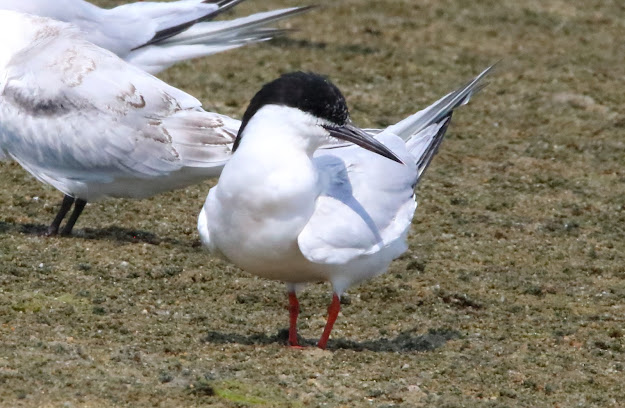 Terns in the sky 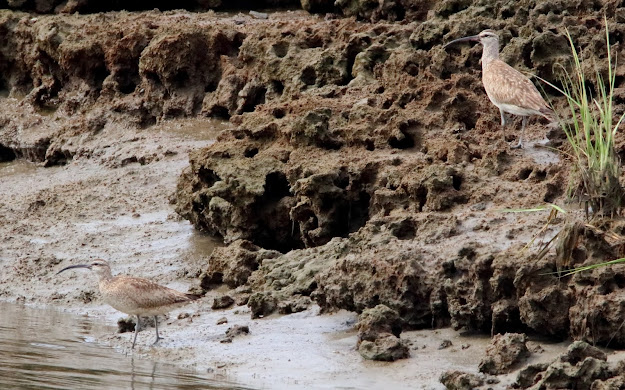 Two Whimbrels hunt for fiddler crabs at the passage of Lieutenant Island
Posted by Bruce Beehler at 1:18 PM